Posted on December 5, 2022 by David Calloway 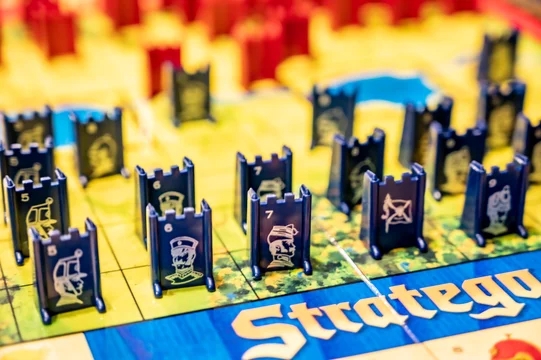 DeepMind, a company owned by Alphabet, has developed an AI that can play the board game Stratego. Stratego is a game of imperfect information, meaning that players do not have full knowledge of the game state at any given time. This makes it a difficult game for AI to play, as it must make decisions without complete information.

The DeepMind AI uses a combination of neural networks and Monte Carlo Tree Search (MCTS) algorithms to play the game. The neural networks are trained using supervised learning, in which the AI is fed a large number of example game states and their corresponding optimal moves. The MCTS algorithms then use this knowledge to make decisions during gameplay.

The AI was able to defeat a strong human player in a series of games, showing that it is capable of making strategic decisions and adapting to its opponent’s moves. The researchers believe that the AI’s ability to handle imperfect information could have applications in other domains, such as cybersecurity and finance.

Hi! I'm David Calloway, the author of this blog on deep learning and artificial intelligence. I first started working with neural networks in the mid-80's, before the "dark winter" of neural networking technologies. I graduated from the U.S. Air Force Academy in 1979 with B.S. degrees in Physics and Electrical Engineering. In 1982, I received an MS degree in Electrical Engineering from Purdue University where I worked on early attempts at speech recognition. In 2005, I obtained another M.S. degree, this time in Biology from the University of Central Florida. My interest in neural networks and deep learning was rekindled recently, when I got involved in a project at Nova Technologies where I am using deep learning and TensorFlow to recognize and classify objects from satellite imagery.
View all posts by David Calloway →
This entry was posted in Uncategorized. Bookmark the permalink.